The SAG-AFTRA Foundation and BroadwayWorld.com have partnered for a filmed Conversations Q&A series to recognize and celebrate the vibrant theatre community in New York City and the actors who aspire to have a career on the stage and screen.

Please join us for a Career Conversations with David Tennant currently starring in Richard II at the Brooklyn Academy of Music, moderated by BroadwayWorld.com's Richard Ridge of "Backstage with Richard Ridge!"

PANELIST BIO
Over his twenty-seven year long acting career, David Tennant has left a trail of memorable characters over an expansive and diverse array of film, television and on stage credits.

Currently, David can be seen on stage as the title character in Shakespeare’s Richard II as a part of the Brooklyn Academy of Music’s King & Country: Shakespeare’s Great Cycle Of Kings series. The series marks the celebration of the 400th anniversary of Shakespeare’s death and will run at the BAM Harvey Theater through April 29th.

This past November, Tennant starred as the villainous ‘Dr. Zebediah Kilgrave’ otherwise known as ‘The Purple Man’ opposite Krystin Ritter in the Netflix Marvel series Jessica Jones. The streaming service aired the 13-episode in its entirety on November 20th, 2015.

Tennant will next star as the world-renowned Scottish psychiatrist RD Laing in Robert Mullan’s Mad to be Normal alongside Elizabeth Moss. The story follows Dr. Laing and his unique community at Kingsley Hall, East London during the 1960’s. The film completed production the past Fall of 2015 and is set to release in 2016.

Tennant is most recently known for his role as detective ‘Alec Hardy,’ on the critically acclaimed BBC crime series Broadchurch. Tennant ‘s character was brought to the small town of Broadchurch to investigate the murder of an 11-year-old local boy. In its second season, Broadchurch was nominated and won several awards, including the 2014 BAFTA TV Award for “Best Drama Series.” Season 3 of the series will begin filming this summer.

Tennant starred alongside Rosamund Pike in the British comedy What We Did on Our Holiday as the dad of a family who struggles keeping any secret quiet on their family trip. Lionsgate released the film in the US and on VOD on July 10th, 2015.

Tennant is most recognizable for his portrayal as the 10th Doctor on the widely beloved series Doctor Who. The BBC science fiction series itself has become a pop culture fixture and a fifty-year cult favorite. It depicts the adventures of the time traveling humanoid alien Doctor as he defends himself against foes and protects whole civilizations and people in need. In November 2013, and 2015 as part of Doctor Who‍‍ '‍s 50th Anniversary celebrations, Tennant's Doctor was voted "The UK's Favourite Doctor" in a survey held by the Radio Times magazine. Tennant has appeared in many spin-offs of the series. These include: his directorial debut on the 2007 “Doctor Who Confidential” episode; a small role in the show’s webcast “Scream of the Shalka”; an appearance as the Doctor in an animated version of the show for CBBC’s Totally Doctor Who, The Infinite Quest; and a starring role as the Doctor in another animated six-part Doctor Who series entitled Dreamland. An enthusiast and loyal supporter of the series, Tennant announced that he would be stepping down from the role in 2008 after his participation in the 50th anniversary special, “The Day of the Doctor.” For his part in the show, Tennant won three TV Quick Awards, three SFX Awards, four National Television Awards, and two BAFTA awards, among numerous other nominations over the course of his four-year Doctor tenure.

Since then, Tennant has gone on to star in a series of prodigious film roles. In April 2012, he played the lead in a one-off drama entitled The Minor Character for Sky Arts. Between April and June of the same year, he played the lead role of ‘Jean-François Mercier’ in the BBC Four mini-series Spies of Warsaw.  In 2010, he starred as a widowed father in the British drama Single Father, which followed his character ‘Dave’ as he struggled to raise five children after the death of his partner. For this role, he was nominated as “Best Actor” at the Royal Television Society Programme Awards. Among his other accolades was a 2009 Critics Choice Award for “Best Shakespearean Performance” for his titular role in the Royal Shakespeare Company production of Hamlet.

In November 2008, Tennant starred in the BBC and HBO biopic Einstein and Eddington. The TV movie featured him in the role of ‘Sir Arthur Eddington,’ who was the first physicist to lend a helping hand to Albert Einstein as he sought to prove his experimental and controversial theories.

In February of 2007, Tennant starred in Recovery, a 90-minute BBC One drama written by Tony Marchant. He played ‘Alan,’ an ambitious site-manager attempting to rebuild his life after a tragic brain injury. Later that same year, Tennant starred in the BBC comedy drama Learners. The film, written by and starring Jessica Hynes, featured Tennant as Christian driving instructor ‘Chris,’ who finds himself the unsolicited object of a student's affection.

In 2005, the National Video Archive of Performance recorded Tennant as ‘Jimmy Porter’ in the Theatre Royal play Look Back in Anger for the Victoria and Albert Museum Theatre Collection. Further solidifying his place as one of the UK’s elite, Tennant made an appearance in the popular J.K. Rowling’s Harry Potter series as ‘Barty Crouch Jr.’ in Harry Potter and the Goblet of Fire in the same year. Also in 2005, Tennant portrayed the younger ‘Casanova’ in the British television comedy drama serial Casanova.

As well as being a seasoned professional actor, he is an award winning voice-over actor. He has lent his voice to a wide range of characters, including ‘Huyand’ in animated series Star Wars: The Clone Wars; “Spitelout” in How to Train Your Dragon; and ‘Twigs’ in Tree Fu Tom, among others.

In 1996, at 25 years old, Tennant joined the RSC as Touchstone in As You Like It and went on to play Jack Lane in The Herbal Bed, the leading role in Romeo and Juliet, and Antipholus of Syracuse in The Comedy of Errors (for which he received a nomination in the 2000 Ian Charleson awards for Best Classical Actor under 30).

He returned to the RSC to play Berowne in Love's Labour's Lost and a much acclaimed Hamlet in 2008 which the BBC made into a TV film version starring Tennant in 2009. It was also the subject of a recent documentary as part of the BBC's Shakespeare Unlocked series in 2012.

From his first projects with the Royal Shakespeare Company, to his first role in the 1996 Touchstone production of As You Like It, to his present day resume of timeless characters in all areas of performance, Tennant continues to amass an ever-growing fanbase worldwide. 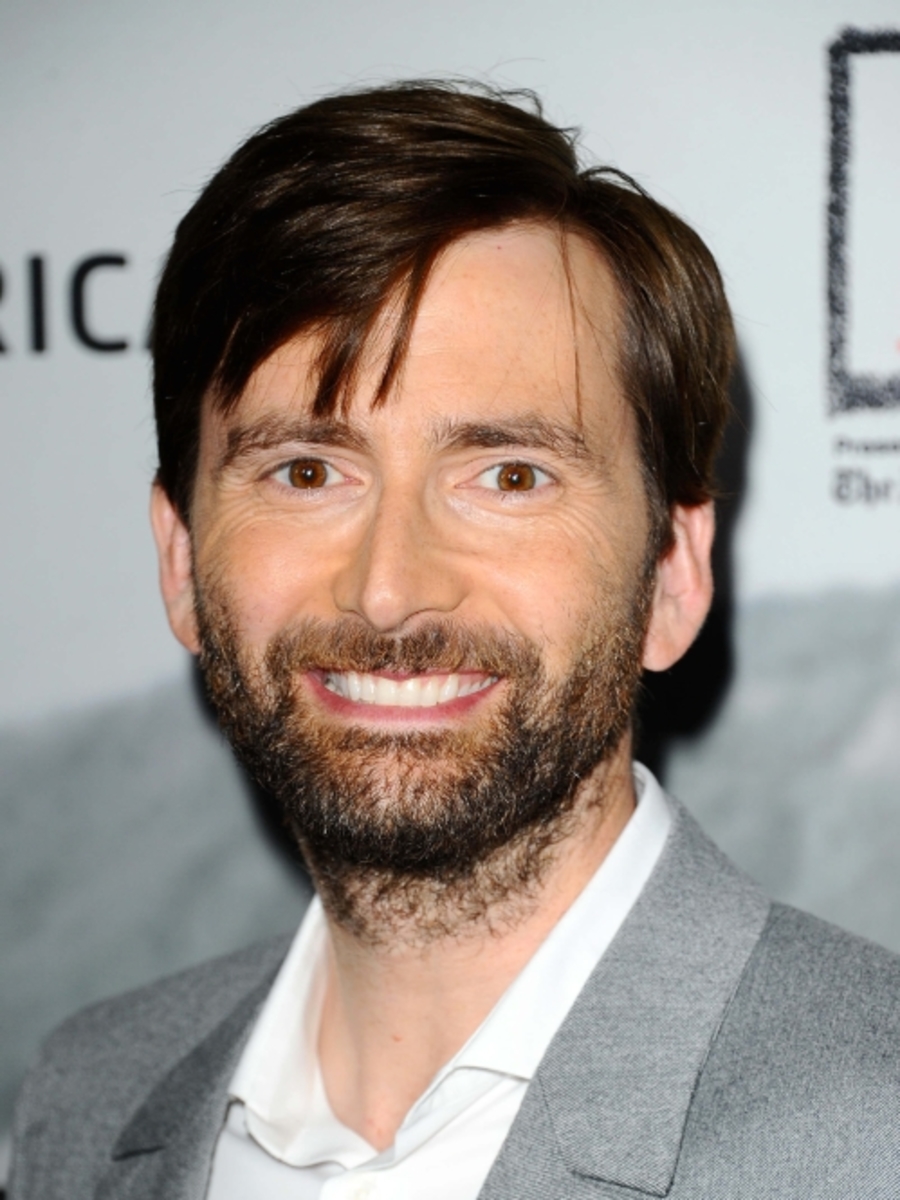 There is no food or drink allowed in the SAG-AFTRA Foundation Actors Center screening room. Only bottled water.