She Shoots, She Scores: Director-Composer Collaboration

SYNOPSIS
Join us for a panel on the relationship between movies and music from women in the industry. Topics will include discussion about the collaboration between independent filmmakers and music composers, how to form a partnership to find the right music for your film, and the need for wider gender representation in both the composing and filmmaking fields.

Presented by SAG-AFTRA Foundation and SAGindie

PANELISTS
Morgan Kibby – Composer
Morgan Kibby, a classical pianist, cellist and vocalist, grew up studying privately, performing in the chorus of the San Francisco Opera House as well as the Marin Theater Company, and soloing with orchestra throughout her youth. After attending the Lycée Français, a gap year post-high school turned into a 7 year journey as a member of the french band M83, during which Kibby wrote, played keys and sang on two M83 albums and tour cycles (Saturdays=Youth & “Hurry Up We’re Dreaming”).  The culmination of this collaboration was her first platinum single with “Midnight City”, a Grammy nomination and headlining the Hollywood Bowl.

As a writer, producer and performer, Kibby has among many other endeavors, gone on to co-write with Panic! at the Disco on their platinum and Grammy nominated 2016 album “Death of a Bachelor” and 2018’s "Pray for the Wicked", produce write and record solo material under the moniker White Sea, remix over 20 tracks from Lorde to The Weeknd and sing on the international trailers for “Harry Potter” and “Lady In the Water”.  She has been described by Rolling Stone as "epic and ardent," while LA Weekly coined her "LA's renaissance woman of pop.”

In 2015 however, Kibby shifted course to focus on projects outside of traditional pop recording.  Her first score was the critically acclaimed French film "Bang Gang” which premiered to high praise in the new Platform competition series at Toronto International Film Festival and the British Film Institute in London.  Bang Gang went on to win the Jury Prize, Youth Prize and Best Original Score Award at Les Arcs European Film Festival in France in December 2015.

Continuing to explore her interest in composition and performance art, 2016 saw Kibby collaborating with chef Craig Thornton of Wolvesmouth on his most recent Lucy Walker directed documentary for The New Yorker on Amazon, and contributing score and sound design to his newest art installation which opened at MOCA in Los Angeles.  She was shortly after selected as a 2016 Sundance Composer Lab fellow, spending two weeks at the iconic Skywalker Sound in Marin County with mentors such as Harry Gregson William, Blake Neely, and Christophe Beck.

2018 sees Kibby’s latest work with the release of Albert Chi’s full length feature “The Amaranth”, Eva Husson’s “Girls of the Sun” which was included in the official selection at the Festival de Cannes 2018, and the upcoming all female Western “The Good Time Girls” directed by Courtney Hoffman.  She is currently finishing scores for "Treehouse", an installment of the Into The Dark series from Blumhouse / Hulu, as well as the indie feature "The Short History of the Long Road" directed by Ani Simon Kennedy.

Karen Johnson - Producer
Karen Johnson produces fiction and nonfiction film, television, and web media and is especially interested in subjects that feature compelling women characters or that have women writers and/or directors. Her current project, the feature documentary Making Waves: The Art of Cinematic Sound from director Midge Costin is premiering at Tribeca, and Cannes 2019. Other produced credits include Kusama: Infinity from director Heather Lenz (Magnolia Pictures, Sundance 2018), Amanda Micheli’s award-winning documentary about Hollywood stuntwomen Double Dare (NBC/Uni, TIFF 2005), director Maria Ripoll’s romantic comedy Twice Upon A Yesterday, starring Penelope Cruz and Lena Heady (Trimark 1998). Other current projects include the webseries Nerd Girl Nation with Oscar-and-Emmy-nominated director Paola di Florio and Charlotte, a feature film based on the life story of the German Jewish artist Charlotte Salomon. Karen has developed projects with major studios, and been funded by major foundations and organizations. She is also an attorney.

Her compositions incorporate elements of indie pop, atmospheric electronic music, traditional orchestral repertoire, and European and American folk influences. A pianist, vocalist, and multi-instrumentalist with a passion for unusual instruments, she blends live acoustic, orchestral, electronic, and sound design to fashion a unique sound for each project.

She is continually inspired by music's power to amplify a story’s emotional depth and meaning. She believes that music in media can open doors to all kinds of narratives with empathy. It is her mission to harness this power through entertainment and connect audiences to stories of purpose that may expand their experience of the world.

Lillie graduated from New York University with a Master’s degree in Music Theory and Composition and a concentration in Scoring for Film & Multimedia where she currently works and teaches film scoring as an adjunct professor.

She is also a trained visual artist and sells her encaustic paintings around the United States. As a performer, she sings, plays piano, accordion, glockenspiel, and hammered dulcimer with her indie folk band, The Long Run, and her synth pop girl band, ALMA, around New York City and the surrounding areas.

Allyson Newman - Composer
Allyson Newman gained her Masters degree in composition from the Sydney Conservartorium of Music. Her first feature film Watermark screened at the Cannes Film Festival in 2003 after which she then moved to LA to study film scoring at USC. Allyson has been awarded both an Australia Council for the Arts Grant and an Australian Guild of Screen Composers Award for her work in film music. Allyson scored the multi award winning documentary feature Limited Partnership that premiered on PBS Independent Lens in 2015. Alongside composer Matt Novack, Allyson wrote music for the comedy series Filthy Preppy Teens (2016), as well as the three-time Emmy Winning TV series Childrens Hospital.  Allyson also scored the Emmy nominated (2016) media series Her Story.  In July 2017 Allyson participated in the BMI Conducting Workshop and then went on to score Kusama-Infinity which premiered at Sundance 2018 and had its theatrical release with Magnolia Pictures in September 2018. Most recently Allyson scored a YouTube original film State of Pride, directed by Oscar winning Rob Epstein and Jeffrey Friedman and premiered at SXSW 2019. Allyson has two features, Making Waves: The Art of Cinematic Sound and A Woman’s Work: The NFL Cheerleader Problem both premiering at Tribeca 2019.

Quinn Shephard – Filmmaker-Actor
At 20 years old, Quinn Shephard wrote, directed, and starred in Blame, which premiered at the 2017 Tribeca Film Festival--making her the youngest female filmmaker to ever screen a feature there. She received an Independent Spirit Award nomination for Best first Screenplay for the film. Now 23, Quinn is a 2019 Forbes 30 Under 30 list maker, and is currently developing a new one-hour TV series at FX Networks alongside EP Noah Hawley, as well as an original miniseries and feature at new studio MakeReady. As an actor in film and television, Quinn’s career has spanned almost two decades. Notable credits include Hostages (CBS), Midnight Sun, and The Miseducation of Cameron Post.

Ryan Silbert – Filmmaker & Moderator
Ryan Silbert is an award-winning author and filmmaker recognized by the Academy Awards®, the Canadian Academy of Film & TV, Sundance, MoMa, and the Toronto Film Festival. He co-created a new universe of stories with Stan Lee which debuts this Summer as an Amazon Audible Original, Alliances: A Trick of Light.  Recent projects include The Girl is in Trouble from Executive Producer Spike Lee, God of Love (Oscar® Winner), Gotham Award Winner Holy Rollers, A Birder’s Guide to Everything starring Sir Ben Kingsley, and forthcoming projects based on original characters from the George A. Romero library and the feature film adaptation of The Girl Who Loved Tom Gordon by Stephen King. 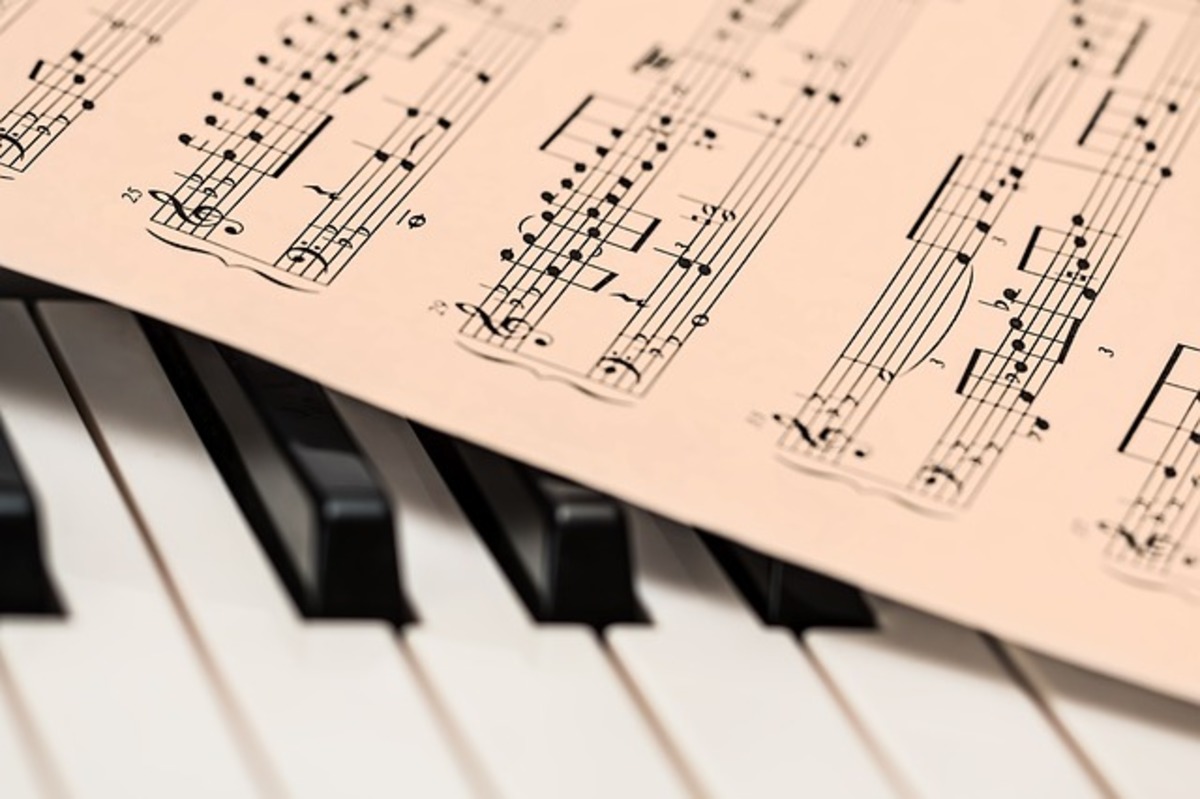