Join us for a 90 minute career retrospective with Terry Crews.

Action-movie hero, sitcom star, children’s book illustrator, advertising pitchman, playable video game character, talent show host, high-end furniture designer, and human rights activist all describe the man that is Terry Crews.  If it feels as if Crews is everywhere this summer, that’s because he is: Crews stars on the NBC hit series Brooklyn Nine-Nine which will return midseason. After hosting January’s America’s Got Talent: Champions, which earned the HIGHEST RATINGS of any show in its demo, NBC signed Crews as the official host of their regular broadcast of America’s Got Talent which will premiered Tuesday, May 28th at 8pm. Crews is also the face (and muscles) of Old Spice, a playable character in Microsoft’s Xbox One game Crackdown 3, and a force in the design and art world where his 2017 high-end furniture collection, in partnership with iconic Bernhardt Designs, has been picking up awards across the country and he’s about to release his second collection later this fall.  Crews was also named one of TIME Magazine’s 2017 “Person of the Year” as one of the “Silence Breakers,” speaking out against sexual harassment following the #MeToo movement that has taken the world by storm. Crews’ no-holds-barred approach to working has made him a force to be reckoned with as his career continues to evolve.

Crews is adding yet another title, children’s book illustrator, in anticipation of his new, first-of-its-kind augmented reality book, COME FIND ME, which will be available for purchase online at ComeFindMeBook.com, just in time for Father’s Day! Over 20-years ago, seeing a void of books for brown boys in the marketplace and holding strong the belief that ‘you cannot be what you cannot see,’ Terry and his then-teammate, Washington Redskins defensive end Ken Harvey, came up with a book about two brothers, Marcus & Anthony (also the names of Ken’s sons, who the book is dedicated to) playing an imaginative game of hide-and-seek while becoming pilots, conductors, captains and race car drivers.  Adding in a 21st century element, Crews worked with Augmented Island Studios to pair the book with an app that truly makes this one-of-a-kind book come alive.

The three-time People Magazine Sexiest Man Alive actor has starred as a series regular in three consecutive TV series that have surpassed the coveted 100-episode mark (Brooklyn Nine-Nine, Are We There Yet? and Everybody Hates Chris), a back-to-back-to-back fete that is extremely rare in Hollywood. The diversity of his film career is a perfect example of the complexity and range of his ability as an actor – from starring as the hilarious Latrell Spencer in White Chicks to the scary (and ironically relevant) President Camacho in Idiocracy to action hero Hale Caesar in THE EXPENDABLES franchise. Crews has also notably been folded into Adam Sandler’s Happy Madison Productions family, appearing in six of his films (Sandy Wexler, The Ridiculous 6, Blended, Click, The Benchwarmers and The Longest Yard).

Crews, a lifelong artist, also added furniture designer to his resume this year with the Fall 2017 release of his capsule collection with Bernhardt Designs, which premiered at the International Contemporary Furniture Fair in New York this past May. The collection, which was recently awarded the prestigious "Best of NeoCon 2017," features five lounge products: Ibis sofa, Lilypad + Lily Chair, Aire benches, and Float tables. While each piece serves as a stand-alone accent, when arranged as a collective group, the broad palette of materials, finishes, and function create a unified visual statement. Deeply influenced by ancient Egypt and the fluidity and worship of water, citing the Nile River as the center and life source of Egypt at the time, the collection offers a diverse range in functionality that exceed the desires in today's modern spaces. Always drawing and sketching alongside his many day-jobs, Crews joined the ranks of a number of other design-world heavyweights including Yves Béhar, Jaime Hayon and Ross Lovegrove as a contributor to Bernhardt's portfolio.

Always curious and inventive, Crews got into gaming last summer after building a PC from scratch with his son, Isaiah.  After the Internet exploded with fans from around the world encouraging Crews to continue his computing journey, he got the attention of Microsoft, who created a playable character, 'Commander Isaiah Jackson' - named after his son, in their new Microsoft video game "Crackdown 3."

But behind the brawn, bullets, and laughs is a renaissance man from Flint, Michigan who, as a teen, got his first big break after high school with an art scholarship at the prestigious Interlochen Center for the Arts in Michigan. This was followed by an Art Excellence scholarship and a full-ride athletic scholarship for football at Western Michigan University, where, as a star defense end, he helped lead the Broncos to a Mid-Atlantic Conference Championship in 1988.

After several years in the NFL (where he painted portraits of teammates to supplement his income) with the Los Angeles Rams, San Diego Chargers, Washington Redskins and Philadelphia Eagles, Crews turned his talents to the performing arts, where his talent, hard work, character and dedication has made him one of the most sought out and respected talents in the industry.

Crews has frequently returned to his Flint roots, directing his own Travel Channel documentary for their docu-series “Celebrity Adventure Club,” in which he explored his own childhood, interviewing his mother and former school teacher and even paid visits to two automotive companies in Detroit that have seen a major comeback - General Motors, where he stepped onto the assembly line to fasten some bolts, and Ford, where he got to test drive a 2016 Mustang convertible. He also met up with baseball legend Willie Horton at Comerica Park to discuss Detroit's resilience and rising community.

A true definition of success, Crews’ life off-screen is as exciting and dynamic as his public persona. Crews is the caring husband of 30 years to wife Rebecca and proud father of five. Crews dedicates his free time to keeping physically fit — both in mind and body while also working with several non-profit organizations including Safe Horizon, Peace Over Violence and the Polaris Project. For his dedication in helping these organizations, he was awarded the UN Global Generation Award at the UN headquarters in 2015 and continues to be honored by numerous organizations for his tireless advocacy in helping to combat sexual harassment and abuse, domestic violence and human trafficking. 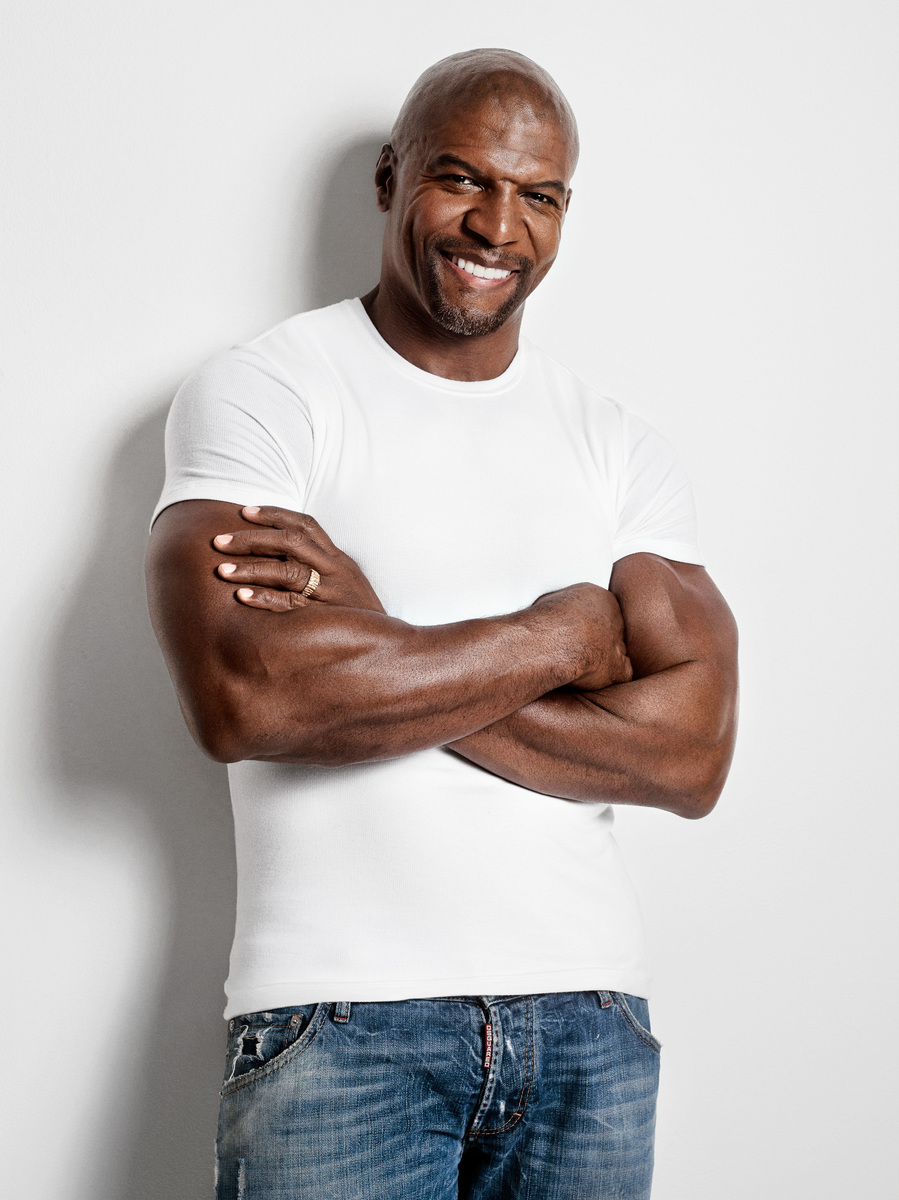 Please note: There will be on-going construction at 5757 Wilshire for the foreseeable future. We encourage you to give yourself extra time to park and enter the building. Enter and exit the parking structure off of Curson Ave. or Masselin Ave. Depending on the amount of cars you may need to park on the top of the structure.

Please note - Elevator Accessibility:
There have been on-going issues with the elevators we normally use at check-in at 5757 Wilshire. One is being replaced, and the other is failing. If you are unable to use stairs, please contact rsvp@sagaftra.foundation to make alternate arrangements to be able to access the Foundation’s screening room or voice-over lab on the mezzanine.