What's scarier than stage fright? In honor of the spooky month of October, this SAG-AFTRA Foundation's Voiceover Lab and The Business Online panel confronts the fears that often haunt performers before, during and after they take the stage. Featuring professionals trained in mindfulness, Feldenkrais Method, hypnosis and more, the panel focuses on how performers from all facets of the industry can use mental and physical techniques to calm and center themselves in the face of performance anxiety on and off the stage, screen and microphone.

This one hour session will include a panel discussion with Suzanne Toren, Melissa Tiers, Peter Pamela Rose, and moderator Gabra Zackman, followed by a member Q&A. Member participation is encouraged!

Suzanne Toren has appeared on and off Broadway and in regional theatres, in works by well-known playwrights (from Shakespeare and Moliere to Arthur Miller and Neil Simon), as well as new ones. Broadway: GOODBYE, FIDEL (starring Jane Alexander); Regional: Paper Mill Playhouse (GREAT EXPECTATIONS, A TALE OF TWO CITIES), Philadelphia Drama Guild (A VIEW FROM THE BRIDGE), Pennsylvania Stage Company (BRIGHTON BEACH MEMOIRS), Syracuse Stage (THE SEAGULL); Off-Broadway: Westside Arts (A SHAYNA MAIDEL, FROM DOOR TO DOOR); Stock: FIDDLER ON THE ROOF (Yenta); TV: LAW AND ORDER.

Suzanne also often performs in Yiddish----in both readings and full productions, most recently as Linda Loman in the critically acclaimed Yiddish DEATH OF A SALESMAN.

In addition, she is a multi-award-winning narrator of nearly 1000 audio books for all the major publishers. She received a “Golden Voice” award from Audiofile Magazine for “career achievements and invaluable contributions to the  world of audiobooks.”

Peter Pamela Rose, CPC, is an active Casting Director and Certified Life and Career Coach specializing in the Entertainment Industry.

Peter graduated from the Guildhall School of Music and Drama in London with a BA Hons Degree in Acting, and holds an Associates Degree from the American Academy of Dramatic Arts in New York. Her coaching training includes a decade of mentorship with Arlene Rosenberg (author of SAY IT, SEE IT, BE IT) and a coaching certification from iPEC, the Institute for Professional Excellence in Coaching. Throughout the years, Peter has amassed over 20,000 hours of professional coaching experience.

She is a fully vested SAG-AFTRA voice over actress with well over 1000 jobs to her name. Her noted acting credits include recurring roles on NBC’s DEADLINE (Dick Wolf), ABC’s ALL MY CHILDREN, and lead roles at the ACTORS THEATER OF LOUISVILLE’s Humana Festival and at CINCINNATI PLAYHOUSE IN THE PARK. In film, Peter Pamela played Oliver Platt’s girlfriend "Jenny" in the cult hit FUNNY BONES, starring the late Jerry Lewis.

In 2013, she and her husband, Jason Harris, formed the successful ADR Loop Group and Voice Casting Company THE LOOPING DIVISION. Together they have cast specific and background voices for such projects as: FX’s THE AMERICANS, Freeform's upcoming SINGLE DRUNK FEMALE, Showtime's upcoming YELLOWJACKETS and FLATBUSH MISDEMEANORS, Hulu's upcoming LIFE & BETH, CBS' BLOOD & TREASURE, MACGYVER, and INSTINCT, Apple TV+’s DICKINSON, Comedy Central’s AWKWAFINA IS NORA FROM QUEENS, plus many more. In film, they have worked with notable directors such as Oliver Stone, Jay Roach, Phillip Noyce, Joel Egerton, Jim Jarmusch, Michael Mayer, Paul Weitz, among many others.

Peter’s true passion is to motivate actors and expose them to the Agent and Casting Director’s point of view (the "Language of the Agents & Casting Directors”), empowering them with the courage and the opportunity to show their talent with both honesty and confidence.

Peter Pamela is fully bi-coastal and lives with her husband and their beloved feline, Bowie, in Los Angeles & New York City.

Melissa Tiers is the founder of The Center For Integrative Hypnosis with a private hypnosis practice in New York City. She teaches classes in Integrative Hypnosis, Neuro-Linguistic Psychology and mental health coaching. Melissa is an instructor for The International Association of Counselors and Therapists and an adjunct faculty member of The New York Open Center and Tri-State College of Acupuncture.

Melissa is a three time recipient of the International Medical and Dental Association's prestigious Pen and Quill Award for her books "Integrative Hypnosis: A Comprehensive Course in Change", "Keeping the Brain in Mind: Practical Neuroscience for Coaches, Therapists and Hypnosis Practitioners" and " Integrative Hypnosis for kids and teens: Playing for Change." Melissa was recently featured in Marie Claire magazine and her sleep protocol was featured in More Magazine. She has also been awarded the NGH's  2014 President's Award, for excellence in the field and the 2014 Speaker and Author of the year from the Zurich Hypnose Kongress.

Gabra Zackman is a New York City based actress, audiobook narrator and writer (the Bod Squad Series, Pocket Books 2015; audiobooks co-produced with Rohan Audio for Audible Studios, 2016). She has performed off Broadway (including Bedlam’s SENSE AND SENSIBILITY by Kate Hamill), in regional theaters, several Shakespeare festivals (9 Seasons with Hudson Valley Shakes), and on TV in LAW AND ORDER, LAW AND ORDER: SVU and ALL MY CHILDREN, as well as a handful of indie film roles. Gabra is a company member of the Upstart Creatures, as well as their Outreach Director.

Gabra has recorded over 500 books to date in nearly every major New York production house, has a home studio, and records full time.  She has recorded books in every genre and her award-winning work spans romance, fantasy, fiction, non-fiction, and young adult.  She adores recording memoir, is a lover of sci-fi, and has won several Audiofile Earphones awards for her work, including a citation for Best Fiction Audiobook of 2017. Gabra’s recording of Michelle McNamara’s I’LL BE GONE IN THE DARK was on Audible’s Top Ten Audiobooks list for several weeks in a row, and number 1 on the New York Times Best Selling Audiobooks list. She is a 2018 Audie Award and Odyssey Award winner for the multicast SADIE.

Gabra has an equal love of acting, audiobook narration, and writing. She has just begun directing and producing, and calls herself a “multidisciplinary storyteller”. Her newest venture is as co-producer of her original audio series NICE AND NAUGHTY with Love Bytes Originals, and she is currently director and co-producer of the No Fear Shakespeare series for Hachette. 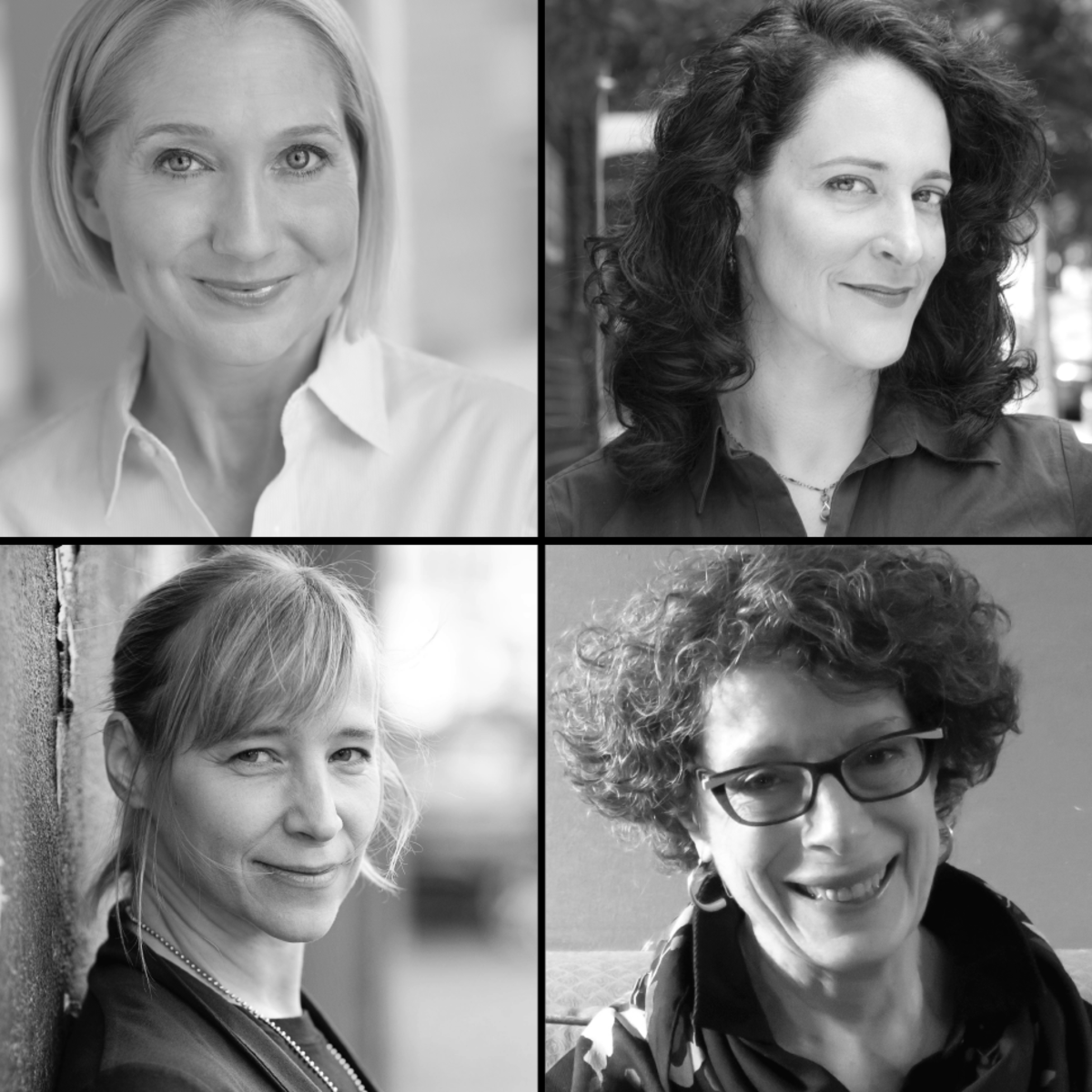 SAG-AFTRA Foundation Conversations and The Business programs are open to SAG-AFTRA only, unless otherwise specified.