How do you create your own content as an actor? Moderated and curated by actor/writer Lori Hammel and SAGindie NY Consultant and filmmaker Michael Sládek, this 3-part series breaks down the stages of creating a short film and empowers you, as an actor, to create unique stories that highlight your creative strengths. Join award-winning actors, directors, writers, producers, and festival organizers as they dive into the nuts and bolts of story and character development, casting, budgeting, creating your production team, shooting schedules, post-production, the festival circuit and more.

Part 2 of the series, PRE-PRODUCTION AND PRODUCTION, focuses on putting together and working with your ideal creative team, budgets, translating script to screen, casting, and more. Featuring writer and director Rayka Zehtabchi, writer and director Victoria Rivera, and writer, director and actor Cris Gris.

***Bring all your questions to the program - member participation is encouraged!***

Victoria Rivera is a New York-based Director and Screenwriter from Bogotá, Colombia. In 2020 she graduated from Columbia University’s MFA Film program and was named one of 25 New Faces of Independent Film by Filmmaker Magazine. Her short film NIGHT SWIM had its World Premiere at the 2019 Tribeca Film Festival and was an official selection of Telluride Film Festival. The film was honored with a Jury Award for Best Student Film at the 2019 Palm Springs International Shortfest. She is currently developing her first feature MALPELO, which was awarded a screenwriting grant by the Sloan Foundation and is being supported by organizations such as the Sundance Institute, Gotham and Film Independent, by selecting Victoria as a 2020 Screenwriting Lab and Directing Lab Fellow.

Cris Gris is a writer, actress, and filmmaker from Monterey Mexico. Her most recent short film, ALMA Y PAZ, recently premiered at Berlin Film Festival, while her last film, PIA & MIKE, was an official selection of the 2019 Morelia International Film Festival.

Cris’ NYU Tisch grad thesis SAN MIGUEL was an official selection of the 2018 Atlanta Film Festival, NALIP, New Orleans Film Festival, Morelia, and premiered at the “Semaine de la Critique” in the 2019 Cannes Film Festival. Her film was awarded the Spike Lee Film Fund, the script won the NYU “King Screenwriting Award,” and was awarded the National Board of Review Student Grant. She also completed the 2021 Sundance directing and writing lab for her feature FORWARD which is currently in development.

Rayka Zehtabchi is a director and producer working in both documentary and fiction. In 2019, she became the first Iranian woman to win an Oscar for her Netflix film PERIOD. END OF SENTENCE. Rayka is drawn to stories that prioritize heart over flash. She brings a naturalistic approach to her storytelling, striving for honesty and intimacy on screen.

Co-moderator Lori Hammel is a NYC-based actress and writer who hails from North Dakota. Film work includes Ethan and Joel Coen’s BURN AFTER READING; SHE'S LOST CONTROL;  PUZZLE and the horror/thriller BLOOD CONSCIOUS along with numerous shorts including  the lead in CONEY ISLAND QUEEN (Cannes Shorts Corner).  On TV Lori has appeared on BLUE BLOODS; FBI: MOST WANTED; JESSICA JONES; HIGH MAINTENANCE; 30 ROCK and MASTER OF NONE.  Her stage work includes Broadway, Off Broadway and National Tours.  As a commercial actor, Lori has been delighted to work opposite Keegan-Michael Key and to be directed in national spots by Johathan Krisel, David Steinberg, Phil Morrison and Oscar winning documentarian Errol Morris. Lori played recurring political pundit Leslie Hillerman on the Onion News Network series, IN THE KNOW and is the creator and star of the series MARGO ROSE REPORTS. She received an Excellence in Acting Award at the NY International Fringe Festival and is the recipient of a Jeff Award, two Jeff nominations, two After Dark Award and the SAG-AFTRA Joseph C. Riley Service Award. Lori co-authored the critically acclaimed guidebook MINDING THE EDGE – STRATEGIES FOR A FULFILLING, SUCCESSFUL CAREER AS AN ACTOR and is a contributing writer for ACTING FOR THE STAGE (Focal Press).  www.lorihammel.com

Founder of Brooklyn-based Plug Ugly Films, filmmaker and co-moderator Michael Sládek’s feature-length credits include CON ARTIST (New Yorker Films, The Orchard, Tribeca Film Festival Jury Mention), BAM150 (Cinema Guild), and DEVILS ARE DREAMING (Dances With Films Jury Award). He's also directed multiple shorts, including ALL AGAINST THE SEA (Woodstock Film Festival) and WE LIVE ON OUR STREET (Slamdance Anarchy & Jury Awards), as well as music videos, web series’, industrials, and live theater pieces. Sládek currently serves as the NY Consultant for SAGindie and teaches as an adjunct in the film department at Wagner College. A member of SAG-AFTRA, he started his creative career as a stage and screen actor and has worked for Columbia University Film Dept, Tribeca Film Festival, MTV News, and for writer Jamaica Kincaid. 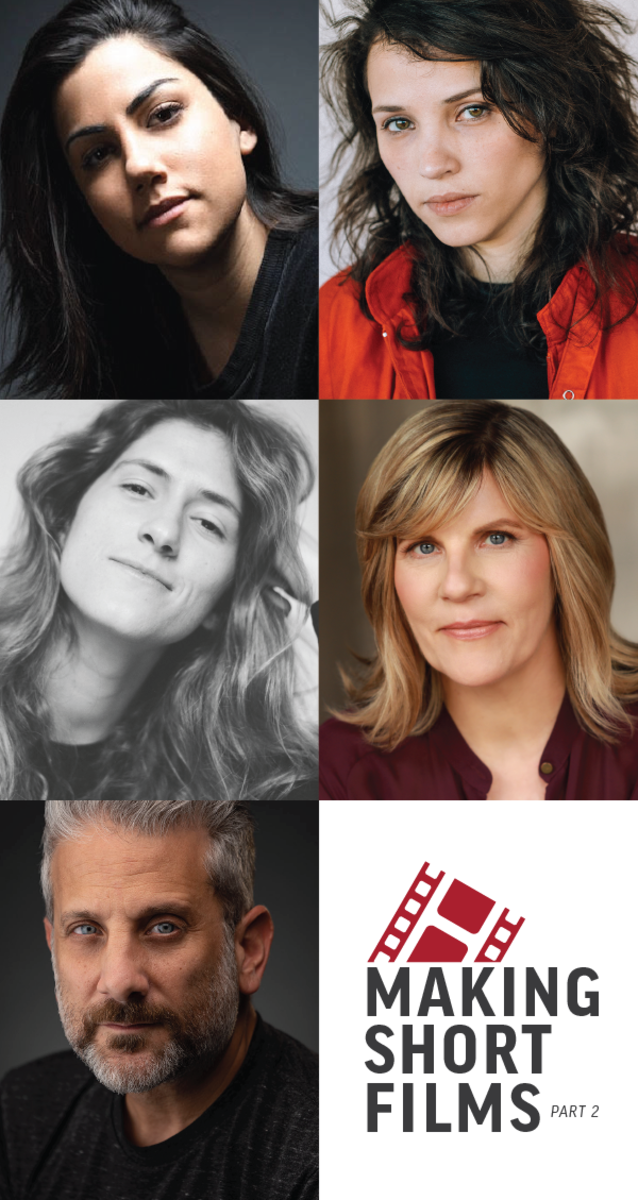