SERIES SYNOPSIS
In this day and age, multi-hyphenates abound, and smart phones are pocket-sized production studios. Consequently, the world is an actor’s oyster: one can form their own iridescent opportunity!  Such possibility is thrilling, yet daunting. Where to begin? How do you devise crisp, unique storytelling that celebrates your talent, looks and sounds professional, and is produced for a song? Join us for a series of panel discussions focused on providing actors with a road map for penning, producing, and performing in a short film that is eligible for submission to the Foundation’s biannual showcase.

The sixth session will explore PRODUCTION.

Jayce Bartok | Actor-Filmmaker
Jayce has appeared in numerous films and television shows as an actor, most notably Richard Linklater's Suburbia, Sam Raimi's Spiderman and Tom McCarthy's The Station Agent.  TV Series appearances include frequent roles on Blindspot, Bull, and Blue Bloods as well as a lead in the up-coming series The Holdouts. Most recently, Jayce wrote, directed and produced the indie feature Fall to Rise (Panorama Entertainment) now available on iTunes & Amazon PRIME. Accolades for Fall to Rise include being an official selection at the Dance On Camera Festival at Lincoln Center and winner of the Bulleit Frontier Filmmaker Award at the First Time Fest in New York City. Jayce wrote, produced, and starred in The Cake Eaters, the critically acclaimed film directed by Mary Stuart Masterson, which starred Kristen Stewart and Bruce Dern. The Cake Eaters premiered at the Tribeca Film Festival and was an official selection at festivals throughout the world. Other credits include co-director and producer of the award-winning documentary Altered By Elvis, writer/director/producer of the award-winning short films: Sunburn, starring Jack Falahee and Damian Young, Jack & Paul, and Stricken, starring Hayley Mills as well as writer of the SXSW winning short, Little Pumpkin and producer on the award-winning short Suddenly... starring Terry Kinney and Cocked & Locked. Currently, he is producing Larger Than Life: The Kevyn Aucoin Story, executive produced by Matador Content premiering this spring.  His next feature film, The Prince of Soho, will go into production in 2018. In addition, Jayce has been a juror for the acclaimed Cheslea Film Festival, a frequent moderator & panelist for the SAG-AFTRA Foundation, a contributor to the book, Now Write!, a columnist for MovieMaker Magazine, as well as a guest teacher at the legendary Neighborhood Playhouse.  Jayce is the most excited about his upcoming role as ‘DAD’ on PBS’ soon-to-launch animated series, based on the best-selling books,  Pinkalicious. www.jaycebartok.com

Ashley Connor | Director of Photography
Ashley Connor is a New York based director of photography. Her work on Josephine Decker's Butter on the Latch and Thou Wast Mild and Lovely prompted New Yorker critic Richard Brody to name her, alongside Darius Khonji and Fabrice Aragno, as one of the year's best cinematographers. Her breadth of style can be seen in work as diverse as Dustin Guy Defa's Person to Person (Sundance '17) and Adam Leon's Tramps (TIFF '16), as well as in popular music videos for artists including Jenny Lewis, Angel Olsen and Maggie Rogers. She has two films premiering at the 2018 Sundance Film Festival, Josephine Decker’s Madeline's Madeline and Desiree Akhavan’s The Miseducation of Cameron Post. ashleyconnor.net

Shahir Daud | Writer-Director
Shahir Daud is a writer/director who was born in Fiji, grew up in New Zealand, went to college in California and now lives in New York. He loves all things cinema, and hates talking about himself in the third person.

His two most recent projects include La Loteria, a Spanish language short film based on the true story of how he and his wife were married, as well as Cymatics a collaborative music video with musician Nigel Stanford based entirely on real scientific experimentation. shahirdaud.com/

Bianca Jamotte Leroux | Actor-Creator
Bianca Jamotte LeRoux is a mom, award-winning filmmaker, actress and writer, and creator of the series Real Mommy Confessions. She studied acting with Susan Esper at the prestigious William Esper Studio, as well as two years at The Lee Strasberg Theatre and Film Institute. Her acting career began in musical theater and quickly turned to commercials, print, and recurring roles in soap operas One Life To Live and As The World Turns upon graduating from Esper.  Her notable stage appearances include starring as Fantine in Les Miserables and Velma Von Tussle in Hairspray.

Bianca’s most exciting role to date is undoubtedly her job as a mom, which brings on a daily host of challenges and accomplishments, often simultaneously. These include successfully keeping her 5-year old from nose diving off the sofa, as well as negotiating with her willful 6-year old.

Bianca's first venture into moving behind the camera was the short film Twinkle, directed by Rosalyn Coleman. Twinkle was the Brooklyn Girl Film Festival winner for Audience Choice in 2014. Bianca was the co-writer, co-producer, and star of the film. Shortly after the birth of her second child, feeling isolated in the 'burbs she created the web series Real Mommy Confessions, real confessions from real moms all over the world. What started as a project to create community and find the comedy in the chaos of parenthood turned into two seasons of an award-winning series which is now in development with Akyumen TV.

Bianca is looking forward to once again combining her experiences in the film industry and those as a mother for the third season of Real Mommy Confessions, scheduled to shoot Fall 2018, with AkyumenTV/Akyumen Entertainment.

Also currently in development is the series Married to the Mobalinos, written by Bianca and her writing partner Joy Shatz, which was awarded Best TV Script at the Austin Revolution Film Festival in 2017.

Most recently, Bianca was honored with the Alice Buy-Blanche Women in Cinema Award from the Goldendoor International Film Festival for her work as the writer, director, producer and star of the dramatic short Flush The John.  biancajamotte.com/

Lori Hammel | Moderator, Actor-Writer
Lori Hammel is a NYC-based actress and writer who has performed on Broadway, Off Broadway and in National Tours including: Mamma Mia, Dolly Parton’s 9 to 5 and as Ethel Mertz in I Love Lucy Live. Film work includes the feature Puzzle (Sundance 2018) playing opposite Kelly Macdonald, the Coen brother's Burn After Reading; An Invisible Sign; She's Lost Control and playing the lead in Coney Island Queen (2014 Cannes Shorts Corner). TV includes the Golden Globe nominated series Master of None (opposite Aziz Ansari and his dad), The Following; 30 Rock; Difficult People and The Colbert Report. Lori played recurring political pundit Leslie Hillerman on the Onion News Network series, In The Know, and is the creator and star of the series Margo Rose Reports. In national commercials Lori has been directed by David Steinberg, Phil Morrison and Oscar winning documentarian Errol Morris. In 2015, Lori received an Excellence in Acting Award at the NY International Fringe Festival. She is the recipient of a Jeff Award, two Jeff nominations and two After Dark Awards. She is also the 2014 recipient of the SAG-AFTRA Joseph C. Riley Service Award. Lori co-authored the critically acclaimed guidebook Minding the Edge – Strategies for a Fulfilling, Successful Career as an Actor and is a contributing writer for Acting for the Stage (2017 Focal Press).  www.lorihammel.com 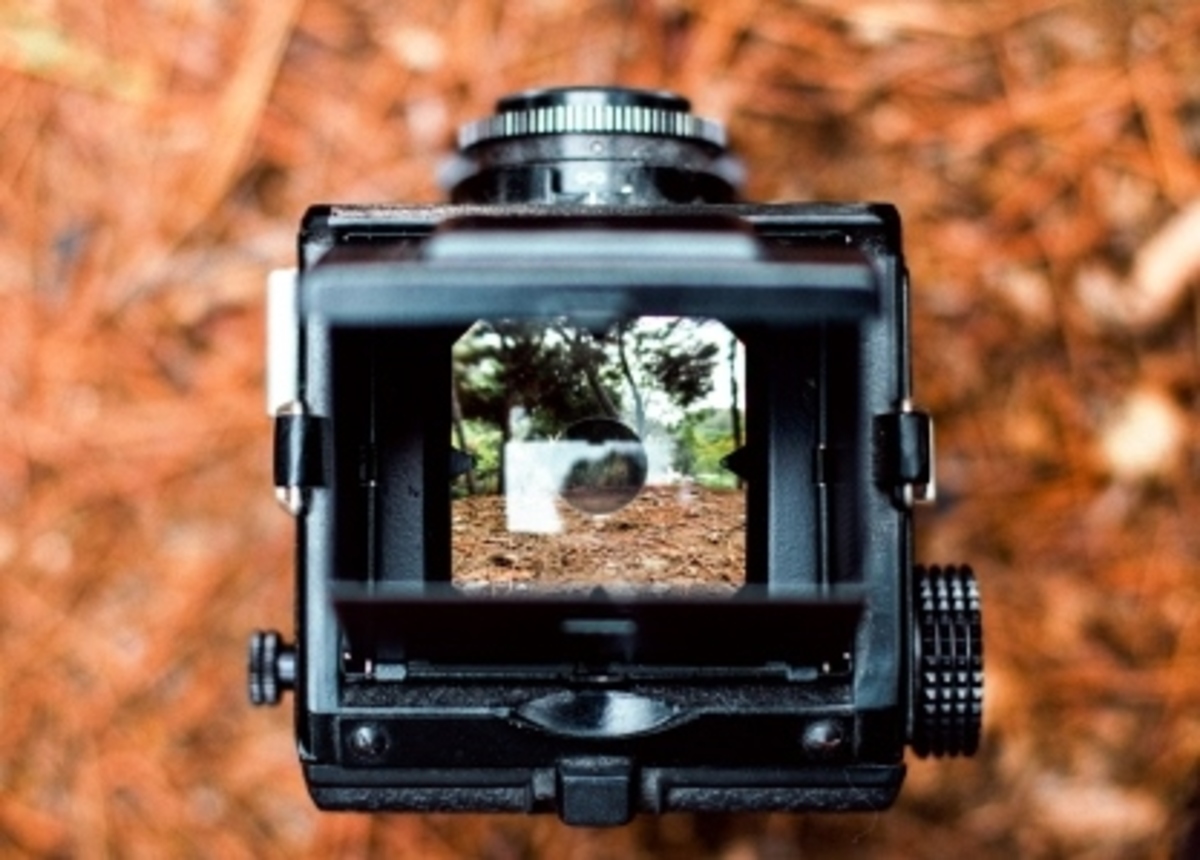 Three no-shows within a year of the first missed program will result in restriction from attending SAG-AFTRA Foundation Conversations or The Business programs for six months.